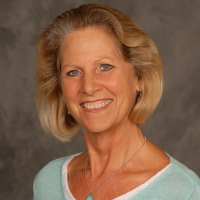 Carey Haughy is a retired President and Geologist from Blue Mountain Minerals. At Blue Mountain Minerals, she was responsible for all aspects of geologic work, including reserve tonnage estimations and three-dimensional geologic database modeling. Born in Wisconsin, Carey holds a Bachelor of Science and a Master of Science degrees in geology, both from Stanford University. Before moving to Tuolumne County in 1989, Carey also worked for the United States Geological Survey, and was a jeweler. A past member of several professional organizations, including the Geological Society of America and the International Society of Explosive Engineers, Ms. Haughy was one of the few women in California to have held a blasting license. She has been an active volunteer, including participation on civic advisory boards to Adventist Health Sonora, Habitat for Humanity of Tuolumne County, and Mother Lode Bank.