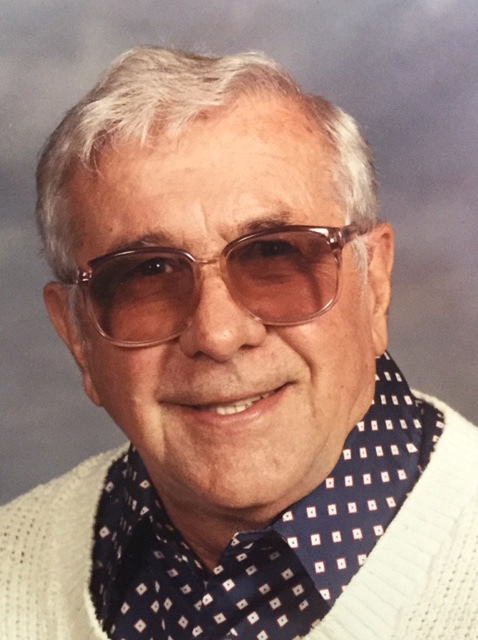 The estate of Kenneth “Ken” Harry Bisordi, of the venerable Bisordi family whose patriarch arrived in the Mother Lode in the 1890s, has donated a gift of more than $3.5 million to the Sonora Area Foundation to provide scholarships for graduates of Sonora High School, his alma mater.

Bisordi, known as Harry when he graduated from Sonora High School in 1944, was a chemical engineer in the petroleum industry and a savvy investor who died at age 90 in March last year. He left instructions for the establishment of the Kenneth H. Birsordi Scholarship Fund at Sonora Area Foundation.

Ken’s grandfather, Anacleto Bisordi, came to the Mother Lode in the 1890s from the hills of northern Italy near the port city of Genoa. Anacleto originally settled in Groveland and then moved to Sonora and opened a boarding house named the Italia Hotel at the Gunn House, one of the oldest buildings in Sonora and Tuolumne County.

It was known as the Rosa Italia Hotel during Prohibition, and in 1923 the sheriff and undersheriff raided the place one night and found more than 1,500 gallons of cleverly concealed wine casks and barrels, The Union Democrat reported. At the end of the six-hour raid, the lawmen opened casks and barrels of wine and emptied them down two sewer drains.

Ken Bisordi was born four years later, and he grew up in a large, extended family who worked together to run the Italia. Shirley Beerman, 82, of Jamestown, is Ken’s closest surviving relative, and she talked Friday about growing up with “Sonny” at the Bisordi’s hotel.

“I was born down the street at the Sonora hospital, and I’m first cousin of Ken Bisordi,” Beerman said. “My mother and his father were brother and sister, and we all lived together like one big family. There was Ken’s family, my mother and my father’s family, and my grandmother was the cook, Mama Bisordi. She owned the place after my grandfather Anacleto died.”

There were 12 to 14 boarders, and Mama Bisordi cooked, and her daughters would help, and the grandchildren would help serve meals, and the public could come in for lunch or dinner in the evening, Beerman said. The hotel had a bar downstairs right off the porch.

“Ken was like my big brother,” Beerman said. “He was nine years older than me. We all called him Sonny.”

Earlier in the day, Beerman’s daughter, Noelle, 62, showed some photos of Ken Bisordi in the Green and Gold 1944 yearbook for Sonora High, and in the 1951 Blue & Gold yearbook for UC Berkeley.

“His grandfather originally settled in Groveland, correct,” Noelle Beerman said. “In the early 1900s they bought the hotel in Sonora and ran it as an Italian boarding house.”

Noelle was at Ken Bisordi’s home, at the end of a driveway one-third of a mile long, off Old Sonora Columbia Road.

“He called it Stag Ranch I think because there was nothing but deer and wild turkeys up here,” Noelle Beerman said. “He made his own ravioli by hand. He made the pasta from scratch. He made the ravioli with meat. He liked to entertain, to have people for dinner, good wine and good food.”

Bisordi loved animals, especially cats, and he had three cats when he died last year. One of them, Smokey, was well-fed and relaxed Friday at Bisordi’s home.

Doug Wagner, 66, of Sonora, was Ken Bisordi’s accountant since 1986 and is now helping administer Bisordi’s estate as trustee.

“Having known him 30-plus years, he was a professional person, a chemical engineer, employed in the petroleum industry,” Wagner said. “He was retired by the time I met him. He worked in the Bay Area and Oklahoma and in the Caribbean, in construction and operation of refineries.”

Ken Bisordi had a great interest in traveling, and he was retired by the time Wagner began working for him, Wagner said. He was always going on trips. He traveled to Africa and Europe and every other continent, Wagner and the Beermans said.

“He was very friendly and personable,” Wagner said, “but also somewhat a private person.”

Darrell Slocum, executive director for the Sonora Area Foundation, said Friday a former foundation board member, Roger Francis, lived next door to the Italia Hotel and the Bisordis with his family, and he recalls Ken Bisordi “being extremely bright, an outstanding student and a believer in education.”

After graduating from Sonora High School, Ken Bisordi served in the U.S. Navy during World War II, then studied chemistry at University of California, Berkeley, graduated in 1951, and returned to the Navy, serving in the Korean War in the Philippines.

Ken Bisordi never married nor had children of his own, but his first cousin Shirley Beerman told the Sonora Area Foundation, “my kids were his kids.”

Slocum said Bisordi was a lifelong investor who accumulated significant wealth by making wise investment decisions and holding onto to those investments for 50 years and longer. He invested early in Pacific Gas & Electric, and his industry holdings included high tech, oil and gas, and a common theme in his strategy was holding onto stocks and other investments for a very long time.

Scholarships from the fund established in Bisordi’s name will be awarded for the first time this spring, Slocum said. Two Sonora High graduates will each receive $60,000 scholarships: $15,000 annually for four years each.

The gift from the Bisordi Trust is one of the largest ever received by the Sonora Area Foundation. Slocum said the largest was a gift from Irving Symons in 1990, $18 million when the foundation began.