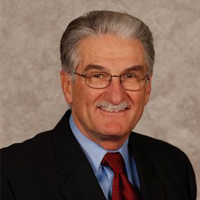 William G. Polley is a retired Superior Court Judge. He received his J.D. from Santa Clara University in 1969 and his B.S. in Business Administration from California State University, San Jose, in 1964. He has lived and worked in Tuolumne County since 1970 and has served as an officer and director of foundations, churches, service clubs, a hospital and a mutual water company. He and his wife, Carol, have four children and nine grandchildren.